We were recently advised that a safety alert / recall notice was issued by PenSafe, for the recall of a batch of 3730 Anchorage Connectors manufactured in the latter part of 2007 and distributed by PenSafe inc. from June 2008 through June 2009.

Note: PenSafe records indicate that this code of this product was not sold to Barry Cordage. 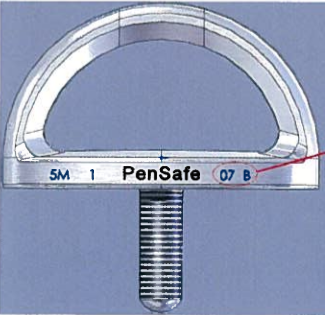 We are your solution finder!

Established in 1978, Barry Cordage Ltd. designs, manufactures and distributes an extensive range of textile-based products and systems across the globe.

Note: Barry sells to companies, professionals, and government only.
Note: Minimum quantities may apply to some products, $150 minimum purchase, sales by phone, fax, website and email only.
Note: This information is for reference only and is subject to change without prior notice.
Note: Any Barry document received by email, downloaded or printed is uncontrolled.